Since The Force Awakens introduced us to Kylo Ren everyone has wondered about the events the night Luke’s temple was destroyed. We have wondered what happened to Ben Solo that led him to the First Order. This comic by Charles Soule sheds a lot of light on that story. Like most Star Wars it gives us answers and provokes even more questions. The Will Sliney art in this series is really awesome. It does a great job of showing Ben Solo’s emotion and expression throughout.

I don’t want to get too far into spoiler territory but as this is a story where we know the eventual outcome I’m just gonna talk about some of my favorite moments! 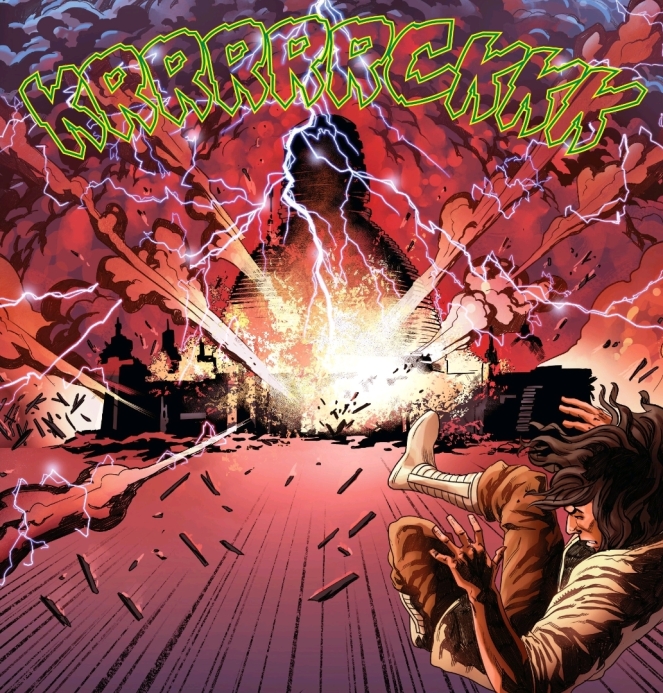 First things first. That fateful night. We see the events from Ben’s point of view. But we follow them for a lot longer. The destruction of the temple, in particular, is something that has been a bit misinterpreted. The way I see it, it’s something like the events of the Age of Resistance: Supreme Leader Snoke comic. Ben’s unleashed emotions remain a powerful part of him even as Kylo Ren. In fact, there have been many moments like this in the recent comic book canon from Vader learning the name of Luke, to Luke’s recent outburst after Cloud City. Even Rey in The Rise of Skywalker has a moment similar to this.

The story introduces us to three of Luke’s other Jedi in training. Voe, Hennix, and Tai. They are all really great representations of Jedi and some of their flaws. Voe is quick to fight, Hennix is focused on mindfulness, and Tai is led by emotion. They all have a relationship with Ben but with everything that’s happened, it’s really interesting to see how they handle the situation. It’s also Ben’s first brush with letting go of his past.

Snoke himself has a fantastic hat and fashion sense in this comic. He also resides in a very strange entropic/living biosphere thingie. While we never find out how he came into contact with Ben and Luke it is clear that he has known Ben and influenced him since he was young.

The Knights of Ren have been these really awesome death metal lookin’ dudes who have captured our imaginations since their one single shot in The Force Awakens. While we did see them throw down a few times in The Rise of Skywalker we still don’t really know anything about them. Who are they? Where does their allegiance lie? How did Kylo become their leader? This story definitely covers a few of those things. Probably not in the amount of detail that some people are looking for. There are still questions to be answered but Ben’s intro into the group is actually pretty cool.

Also, they give Ben a makeover. 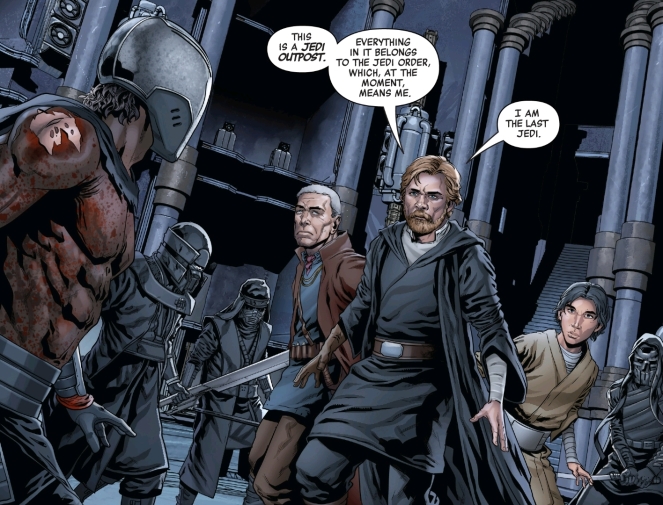 Jedi Master Luke Skywalker is every bit the Jedi we all knew he would become. When we left off in Return of the Jedi he’s just starting his path. And when we finally catch up with him in The Last Jedi he’s left that path behind. Luke Skywalker is shown in his prime. Running his Jedi temple, instructing the younglings. Traveling the galaxy searching for Jedi knowledge with his bro Lor San Tekka. Sending bad guys out the door crying. If you’re a fan of Luke, his bits of inclusion here is probably your jam. I love it when the writing is so good that I hear the dialogue in Luke’s voice.

I mean, the comic series is called The Rise of Kylo Ren so… we all kinda know where this is going. As we watch Ben make decision upon decision that lead him further onto the path we know he ends up on we also watch him get further and further away from Ben.  I love that they included his lightsaber construction.

Who You Were Always Meant to Be

The series hits hard, especially for those interested in Kylo’s backstory. There’s a lot that rings true for the character. I enjoyed how conflicted they showed him to be. I also really enjoy that they tell a much different story than the tale of Anakin’s fall. I know Star Wars is poetry but it’s great when things rhyme without repeating the same circumstances. This series is a must-read for anyone invested in the Resistance era and double so for those who want to learn more about Ben Solo. I hope now the door is open for us to get many more stories of these characters in this period of time.

I mean… where did Snoke get that hat anyway?

One thought on “Star Wars The Rise of Kylo Ren Comic Series Moments!”