“At the edge of the galaxy

Black was the spire

That called me to stay.

A beacon for drifters

The spire summoned those

This book is the one that really explains the Resistance and First Order presence on Batuu. Delilah Dawson also continues the adventures of characters she introduced us to in Phasma. If you read that book you have a great handle on how she really gives her books a distinct identity. This book is no different. If you are very much into connecting to the bigger story than this is probably the Galaxy’s Edge offering for you. The characters we know and meet are really given depth and each fill out the story in a unique way. The characters here REALLY shine.

So basically: Come for Vi, stay for new friends.

So right away I’m a Vi fan.

I thought she was awesome in Phasma and was excited to see her being a big part of Galaxy’s Edge. In addition to the fact that it’s just really cool that a character from a book is now a big part of this immersive experience, she is an interesting character that made an impact on me. In this book, Vi sort of has to expand out of her wheelhouse a bit. Setting up a Resistance base on Batuu takes a lot more than spying, infiltration, shadowing, procuring intel, and close-quarters combat. Vi’s mission from General Organa is to recruit, gather allies, ships, and everything they need for the Resistance to run. It’s a bit outside of her usual ways so it’s fascinating to watch her learn, adapt, and become what Leia believes she can be.

Vi is a spark.

The former Captain Cardinal returns. Joining Vi in her mission after recovering from his near-death escape from the First Order. Although no longer a part of that tyrannical regime, Archex (his birth name) finds himself lost. Without a purpose, broken in mind, crippled in body, and adrift in spirit. Archex finds his newfound freedoms and physical limitations overwhelming. As if he is crushed by the weight of the things he was supposed to be. Archex was never prepared to live a normal life.

The mysterious Savi and his scavengers play a part in this story as well. Scavenging seems to be a great way to pick up some extra spira on Batuu. Savi’s people all seem to be peaceful and knowledgeable. On Batuu Savi remains another of the powers that keep the planet at peace in addition to Oga Garra and Dok-Ondar. Savi seems to use his influence to keep the balance.

Not just from BSO but some of the outskirts as well. A farm boy named Dolin who has known nothing other than life on his grandmother’s farm. Kriki, a chadra-fan tech expert who endures harsh treatment by her boss at the outpost. Zade, a charismatic smuggler who is great at getting people to buy him drinks in a cantina. Part of Vi’s mission is to recruit. Dawson described her book as:

“on one side of the book I liken it to ‘Brooklyn Nine-Nine In Space.’ It’s this group of lovable misfits who are all banded together and learning how to be part of the Resistance.”

The characters and their impossibly varied backgrounds make their journey together that much stronger. What inspires someone to fight? What makes everyday folk believe they can make a difference? In the face of impossible odds what makes people refuse to give up? It’s these characters who all find their way to their own answers that give us the most heartfelt moments. 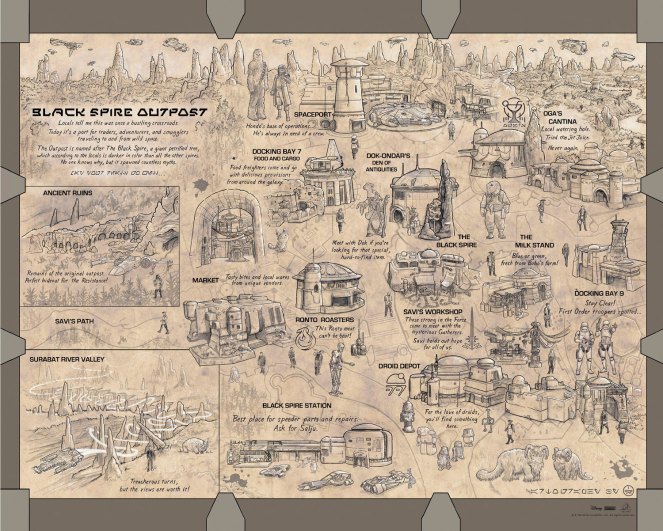 Out beyond Savi’s path is the Ancient Ruins. And much like the Rebels before them, the Resistance makes the best of what they can find. As we have already seen in Galaxy’s Edge the ruins become the Resistance base camp on Batuu. Hidden and as well protected as can be is exactly what the Resistance needs. I assume we will eventually get to see much more of the ruins when the Rise of the Resistance ride opens soon. For now, this is the best look we get as we watch Vi begin to build.

A Beacon for Drifters

Just like A Crash of Fate, the parts of the book that take place on Black Spire make you feel like you are there. Oga’s Cantina, Salju’s station, the market, and the milk stand. Like I said before, being a visitor to Batuu myself it feels like it heightens the experience. I don’t think the location of the story hinders it at all. In fact, to me, it makes it that much more immersive to hear of the things that have happened on the very spots I’ve visited. Things like this make the galaxy impossibly real. 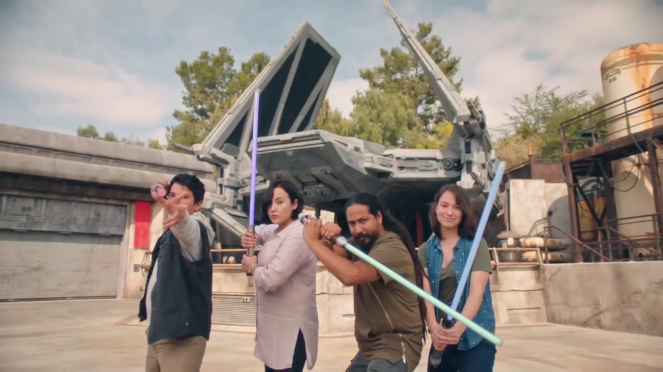 The First Order threat is real in this book. And once they arrive at Black Spire the gravity and danger they bring with them is palpable (not to be confused with Palpatine.) As Lieutenant Kath and his stormtroopers begin their subjugation of the Battuan residents it’s clear that something must be done. Vi, as rebels usually are, is impossibly outnumbered and outgunned. And Kath is definitely one of the most brutal and bloodthirsty weapons ever created by the First Order.

Healing is one of the biggest themes explored in this book. How much damage until we are broken? Are there things that can never be fixed? How do we cope with the aftermath of our actions? Our regrets? With Vi recovering from her capture and torture at the hands of her former enemy now ally who is struggling with his own shattered identity we see what it takes. It’s not what breaks us, it’s how many times we can put ourselves together. It’s the strength it takes to rebuild, ourselves and each other. It’s taking that regret and making a difference. It’s seeing the beautiful splendor of the human (or chadra-fan) spirit and finding that strength to rise.

It’s taking that last spark and building it into a fire again.

This has so many great moments in it. A retreat on Cerea, The Cataclysm, D’Qar, Castilon isn’t safe, Green Leader, friends of Lor San Tekka, Fossil, Cookie, Mubo and his depot, Salju can fix anything, grandma takes no BS, the gentleman’s game, Arta’s shop, half-off droids, 8D-J8, Snoke’s butt, the artifact, an ebon hawk, Waba the truffleboar, Ronto Wraps, Legends of Leia, the story of Crait, Rey, definitely not Parnassos, the Gatherers, a Ubese helmet, Toniray, and the gleam.

This book connects to the bigger galactic story of the Resistance while still giving us a personal story with characters we care about. This is something I definitely recommend on your must-read list. I imagine it gives us a peek at the state of the galaxy and more precisely, the Resistance, after The Last Jedi.

“Almost nothing is still something.” 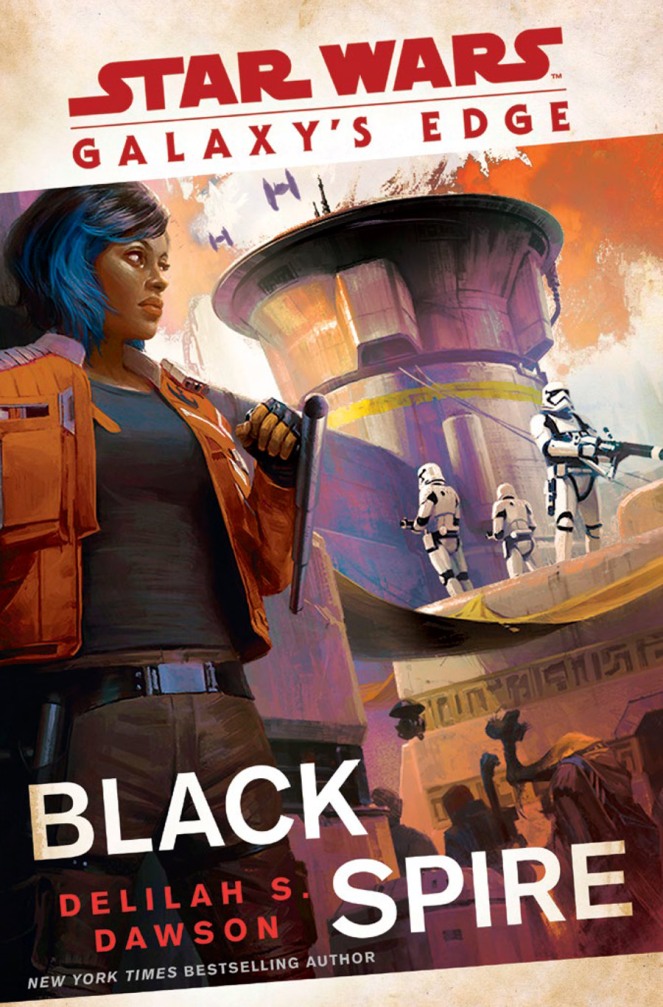