So when we all finally calmed down about haircuts…

Once again being a bit behind helped because then I had plenty of reference material! 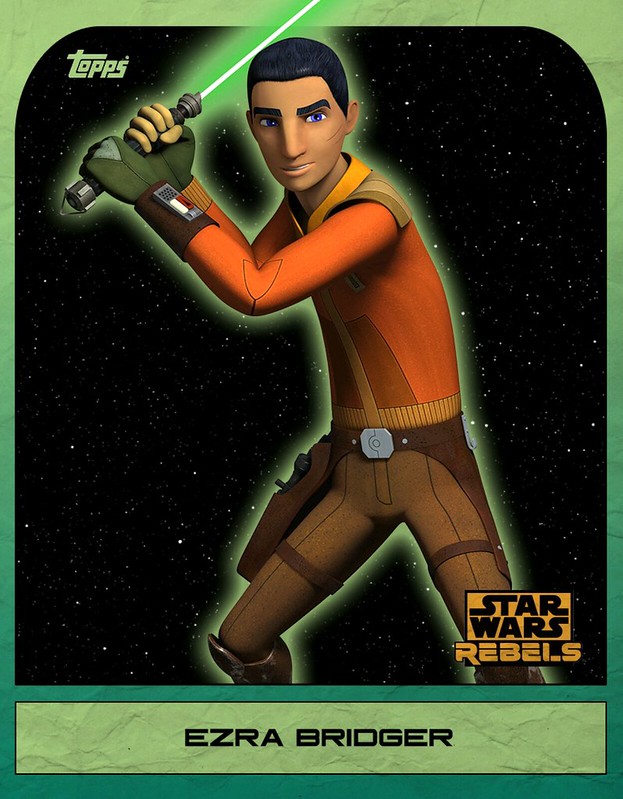 Lots of new but quite a bit of old as well. I could reuse his boots, gloves, wrist comm, and I already had a green lightsaber he could swing around until I could get my hands on a more canon version!

In addition to the temporary lightsaber, I was also using a temp DL-44 blaster until I could find a more accurate Ezra pistol. Which meant that the holster portion of the belt would probably also be temporary. I found brown pants pretty easily. Grabbed an orange long sleeve shirt that I could alter into the proper top and grabbed material to add as well. The armor I knew I was going to have to find something close and alter it.

So with the pants, boots, gloves, wrist comm, saber, and temp blaster, I focused on the pieces I had to make. 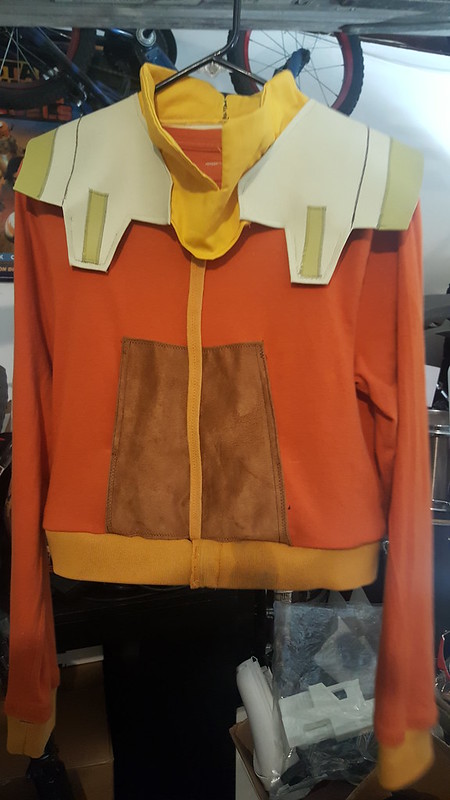 So I started with the long sleeve and started sewing on the details. In my interpretation, the shirt top would be a bit more leather like detail so I picked up some pieces and went to work. I also found a yellow hoodie from a thrift store that I removed the elastic cuffs and bottom to use here. The brown detail on the front I sort of imagined could be like, a hoodie pocket kinda deal so I made it a pocket! All that was left was the collar and it came together pretty easily. The shirt itself was a bit larger but instead of altering it and removing the material, I sewed it up in a way to size it down but I could later remove the stitching the next time he grew! (SPOILERS: He grew.)

The Belt and Holster 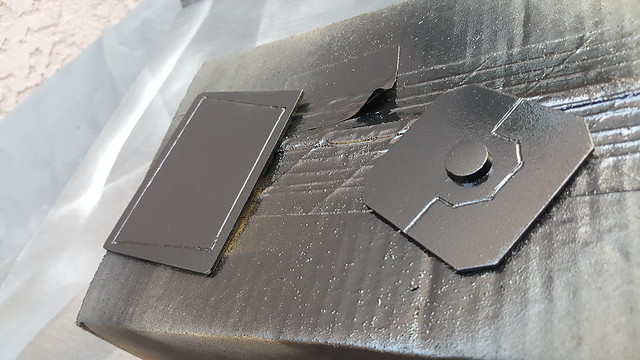 So this belt was a bit bigger and had more pieces than the other one. Since I still didn’t have the accurate blaster I didn’t focus on making the holster part accurate. I had some leftover thin leather and used that for the holster and saber strap on the other side. The belt was a regular brown belt, and I made the buckle from some spare ABS that I painted, used rub n buff and attached. The droid caller I already had from my season 2 build and that worked just fine! 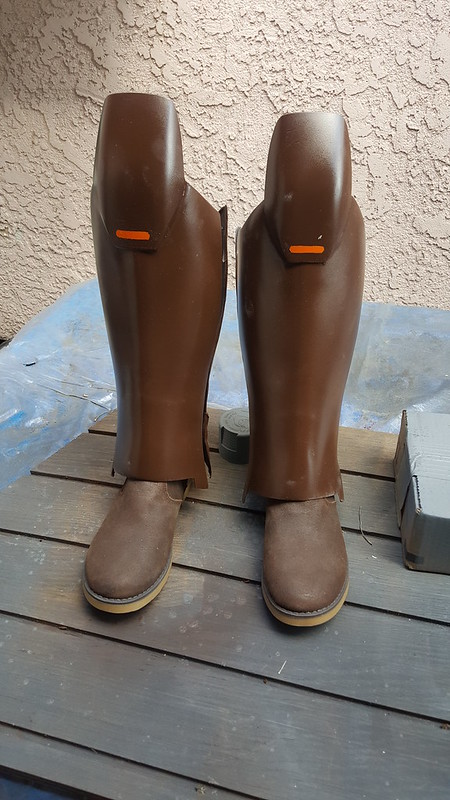 The shin armor I decided to make out of some Fem7 shins and Kanan knees. I bondo’d out the details and attached the knees to the top with ABS shims. Then a bunch more bondo and I had the shape out pretty good! Attached velcro to the inside seam so he could slip them on and off over his boots. Once I finished the paint these pieces worked out great! 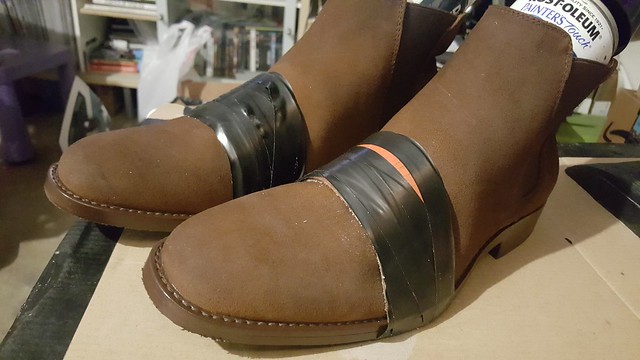 Just like the Kanan boots, I found some ankle boots that would work and then used contact cement to attach the leather detail on the top! Worked like a charm.

“I Will Never Let My Friends Get Hurt Again.”

Along with the reusable pieces and some brown pants and a green lightsaber Ezra was ready!

We drew on his scars and suited him up!

…and it wasn’t like he was done growing so there would be a lot to do!

In fact, he was growing so much it’s like we have to keep starting over!