“Do not defy the Council, Master, not again.“

Qui-Gon Jinn and Obi-Wan Kenobi. Two of the first Jedi we are introduced to (if you watch the Skywalker Saga in chronological order.) Two very different Jedi. Qui-Gon who seems to trust his own instincts and ideas even when they conflict with the Jedi Council. Kenobi who cannot understand his master’s choices.

This book revolves around Jinn and Kenobi as they work to understand each other. Master and Apprentice. Students and teachers. Learning and unlearning.

For me, that is the most compelling thing about this book. The insight and understanding of these two character’s relationship. Not to say that there isn’t plenty of other lightsaber, starfighter, and prophecy puzzling action in this book! Once again Claudia Grey keeps the streak of amazing books going. Here are some of the things I personally took from the book.

In The Phantom Menace, Qui-Gon is dealing with his reputation as a Jedi who doesn’t always follow the code. In this book, we are given much more of his thoughts and insights on why he doesn’t always agree with the council. It’s truly illuminating to see him weave his way through the Jedi codes and rules and serve what he feels is right. His instincts and how far he trusts them. Hearing him speak on the Jedi and their weaknesses and shortcomings is definitely some of my favorite Star Wars.

Teenage Obi-Wan is ever at odds with his master. In constant confusion at his master inscrutable actions and intentions. Kenobi, as shown in The Phantom Menace, is much more of a by the book Jedi which leads to Kenobi constantly questioning his master in trying to learn from a Jedi so unlike himself. 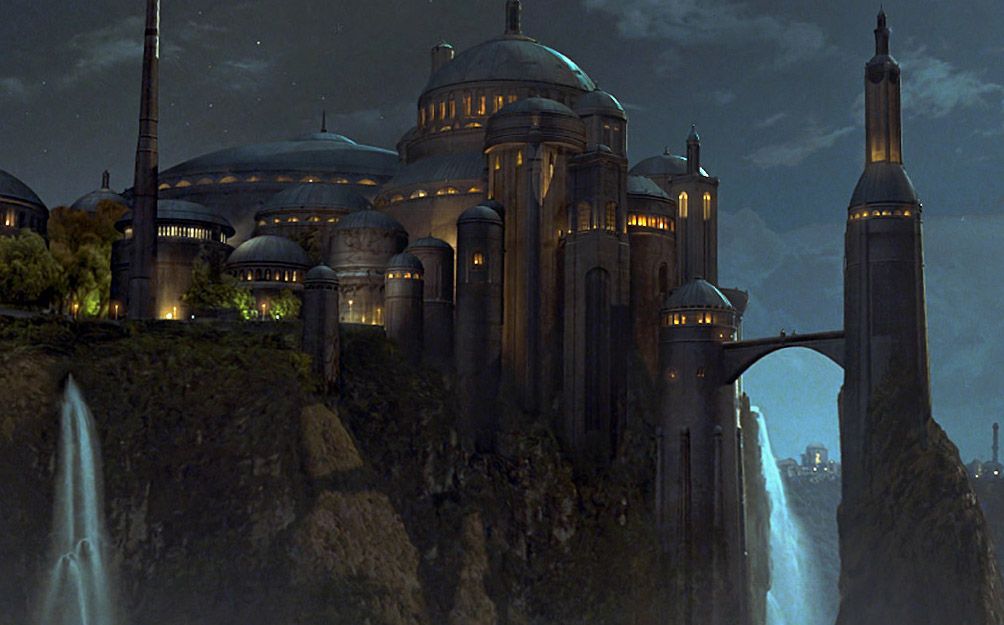 Rael Averross is a Jedi unlike any we’ve met. Constantly described as a Jedi who takes no pride or effort in his appearance, some say he looks more like a beggar than a Jedi. He has one night stands, smokes death sticks, and has little respect for anyone’s finery. A prime example of what a Jedi shouldn’t be. However, it’s also a perfect example of everyone having their place. Averross has been placed as Regent of the Pijal system until their young Princess is old enough to rule. The Jedi council apparently placed the one Jedi in place here that could never be swayed or succumb to the finery and lifestyle and give into the greed that the position could offer. It’s also interesting to see how the tragic experiences of Rael’s past color his judgment and blind him to what is right in front of him. Definitely one of the most interesting characters to be introduced recently (Also check out Dooku: Jedi Lost for a little more Averross.)

IMPORTANT NOTE: I take every opportunity to take advantage of the author’s head casting when they offer them. Do yourself a favor and check out Claudia Grey’s post about who her characters would be! I love how it helps me visualize the characters.

This is definitely the strongest theme throughout this book. Not only Kenobi and Jinn but we see other examples throughout. Dooku and Jinn. Dooku and Rael. Rael and Jinn. Rael and Pianna. Rael and Fanry. It’s beautiful to see the differences in each of these relationships. Each is unique. They all serve as examples or foils for Kenobi and Jinn, who have a bit more strained relationship in this book. They just don’t mesh easily try as they might. It’s heartbreaking to see them each blame themselves as failing the other as they try to be worthy of the other. As a parent it’s also a theme I found to be particularly touching.

There is quite a bit of light shed on Jinn and his study and interest in the ancient prophecies. We see a young Qui-Gon drawn to a holocron of Jedi prophecies and also go into where that study takes him as well as Dooku’s interest in the subject. We also get a little insight into the reasoning of why the prophecies are frowned upon in this era. Fear of the future and it’s consequences has a strong tie to fear and the path it leads to. Of course on the lines of prophecy we actually get to hear, it’s the most fun thing in the world to try to use our Star Wars knowledge to try to decode or interpret them. The most interesting thing to see is how they affected those who studied them, especially Qui-Gon.

Dooku’s inclusion into the book takes place in flashbacks to Jinn’s days as his padawan. Not only does it give us insight into their teacher-student relationship it is also an insight into what Dooku was like as a Jedi Master. The scenes with Rael also add light on this. It is interesting on how much of a contrast Dooku is to his padawans. We also see the two people closest to Dooku talk about him leaving the Jedi. It is interesting to note however that some of these scenes add a bit more weight to the scene in Attack of the Clones where Dooku insists that Qui-Gon would have joined him. We also see the vicious side of Dooku and the possibility of how long he had developed dark side tendencies or unnatural powers.

“Do Not Defy the Council Master, Not Again.”

One of the most compelling thing about Qui-Gon is his trust of not the organization of the Jedi, but the Force itself. In The Phantom Menace, we see him disagree with the council about the training of the boy he believes to be the chosen one. Jinn believes that the Force has meant for him to discover this boy and that it will fulfill the prophecy of the chosen one and bring balance. In this book, we see more of the history of his disagreements with the council and their ways and current practices and how he feels they have lost their way. When the possibility of becoming a part of the council comes about, it is not only his loyalty to Kenobi but his instinct that he needs to be active in another way in the galaxy. Not sitting in a room making decisions, but doing things and making a difference himself.

One of the Jedi’s greatest failings is their continued inaction on the issue of slavery throughout the galaxy. There are two characters, Rahara and Pax, who are jewel thieves trying to make a profit. Rahara’s past as a piece of “sentient property” owned by the Czerka Corporation adds a lot of understanding to the loopholes that corporations take advantage of to allow things like slavery to persist. For example, the Republic has outlawed slavery. Czerka Corp. has had contracts with many worlds for longer than the Republic’s existence. Some of those contracts specify how they are allowed to take felons into contracts as sentient property. Any children of sentient property will be born into sentient property. The Republic refuses to acknowledge this as slavery. So too then, does the Jedi who serve the Republic. This is a little different than “the Republic doesn’t exist out here” problem which plagues the Outer Rim worlds. Qui-Gon’s sympathy towards these wrongs are the important pieces of why he is usually at odds with the Jedi council and their complacency. There are also questions of what are we to do in these situations where there is clearly a wrong, but the order as a whole is not to intervene. Qui-Gon’s humanity is the best example of what the Jedi should be rather than what they have become. Kenobi could never have had a better example.

There is so much more that this book dives into that connects to the larger whole and expands upon further ideas. Familiar worlds like Takodana, Teth, Numidian Prime, and Lah’Mu. More of what the Jedi were like in peacetime. Obi-Wan and his love of flying. Do you wanna buy some death sticks? Any mention of Toniray is a good thing. The boy raised by protocol droids. The interpretation of visions and prophecies. The terrorist group made up of… performance artists? Varactyl Racing and force lightning. The aftermath of a heroes noble end.

In my opinion, this book is definitely a must read as it sheds light on two of my favorite Jedi. I also recommend the short story Master and Apprentice in the book From a Certain Point of View as a wonderful follow up to this story.

If our beliefs tell us one thing, and the needs of real people tell us another, can there be any question of which we should listen to?