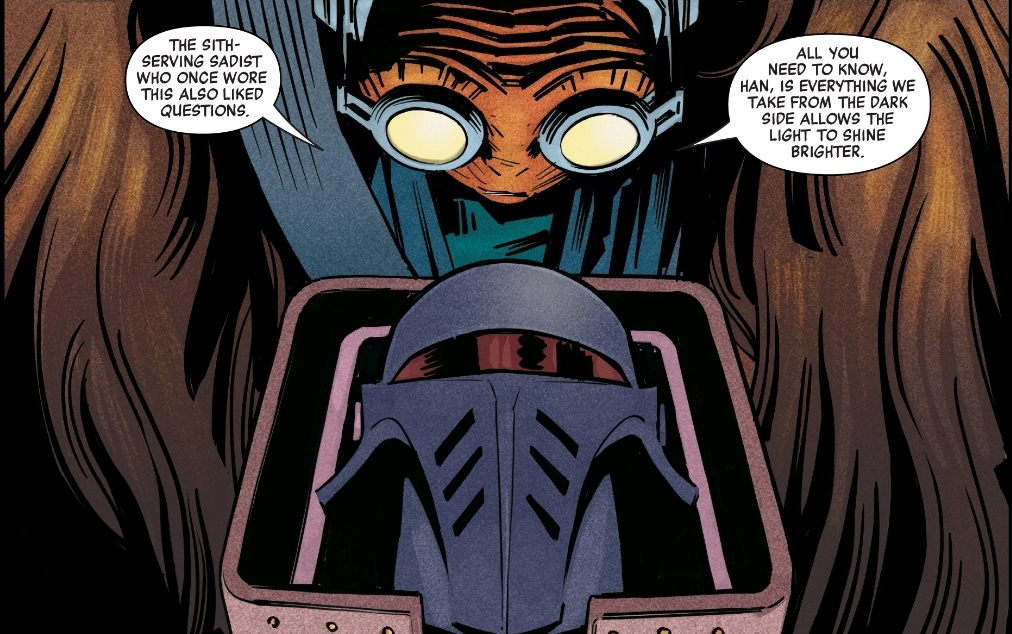 Age Of Resistance is the last journey through Marvel’s massive mini-series full of character one-shots from every era. Like the name implies this one is completely focused on the Resistance era characters and storytelling. Being the most unexplored era currently in Star Wars this is full of great new stories with characters that I for one am very happy to get to know better!

Here are some of my favorite moments! 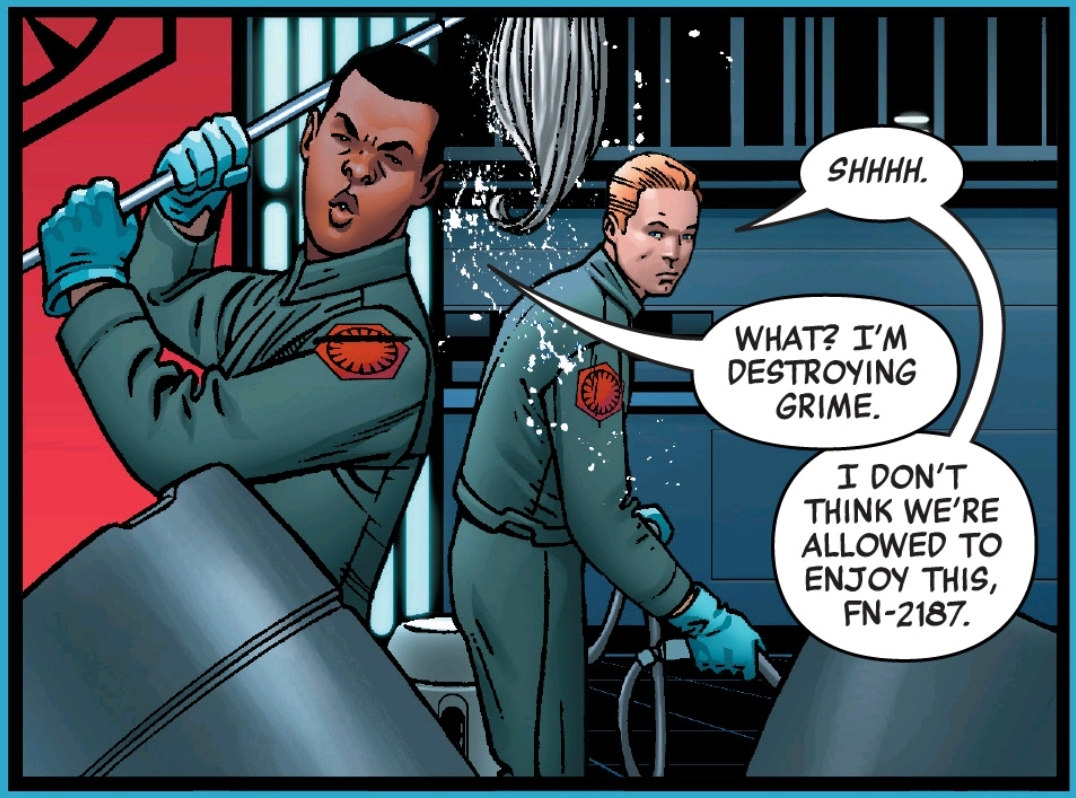 He’s swinging his mop around like me cleaning the kitchen on a weekday morning! Super hilarious and fun and any chance to see FN making the First Order a better place is something I didn’t know I needed.

Maz and Her Boyfriend 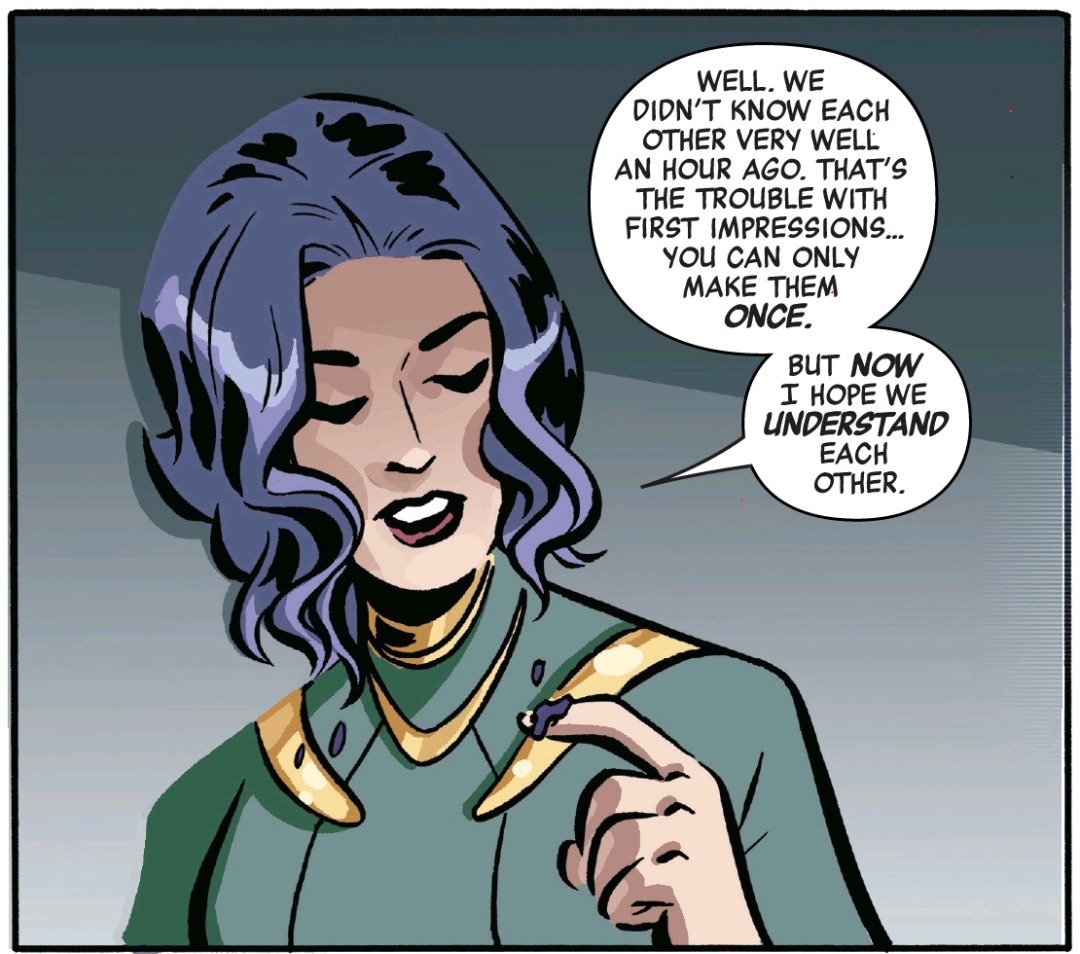 Holdo and Her Lessons

Holdo’s story is amazingly well done and I love how it ties into the ideas surrounding her character in The Last Jedi. Watching Holdo and her unique leadership style is something I am hoping to see much more of in future storytelling. 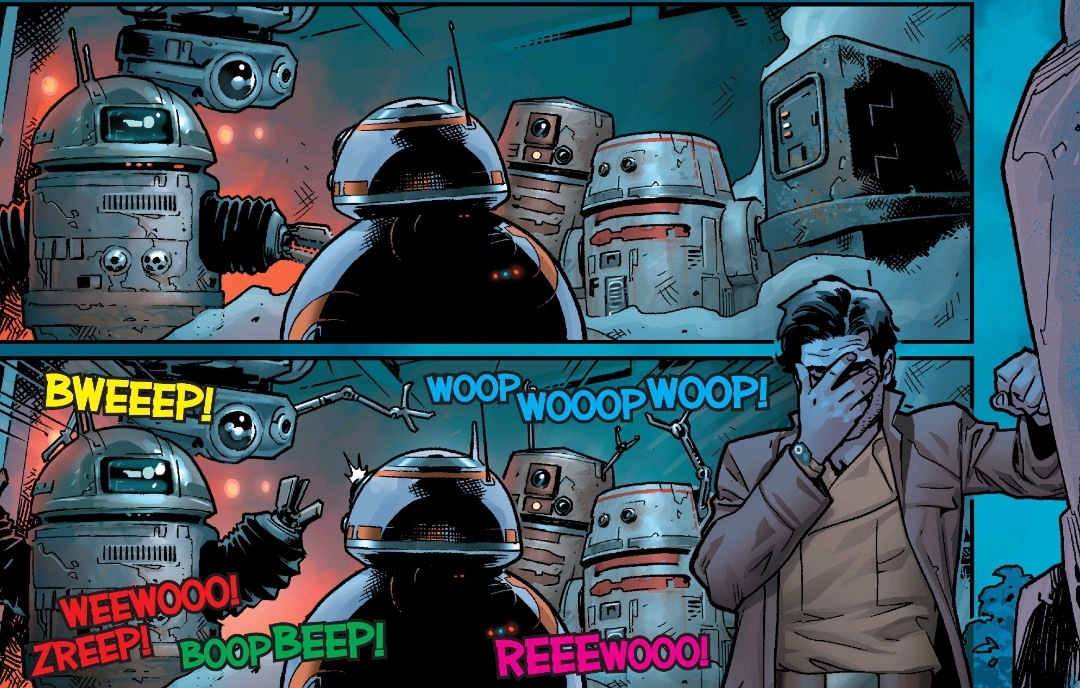 Well it ain’t quite Abafar, but watching another droid assembled and led team is just as entertaining. I love seeing the droids we love make friends and inspire others.

I think L3 would approve. 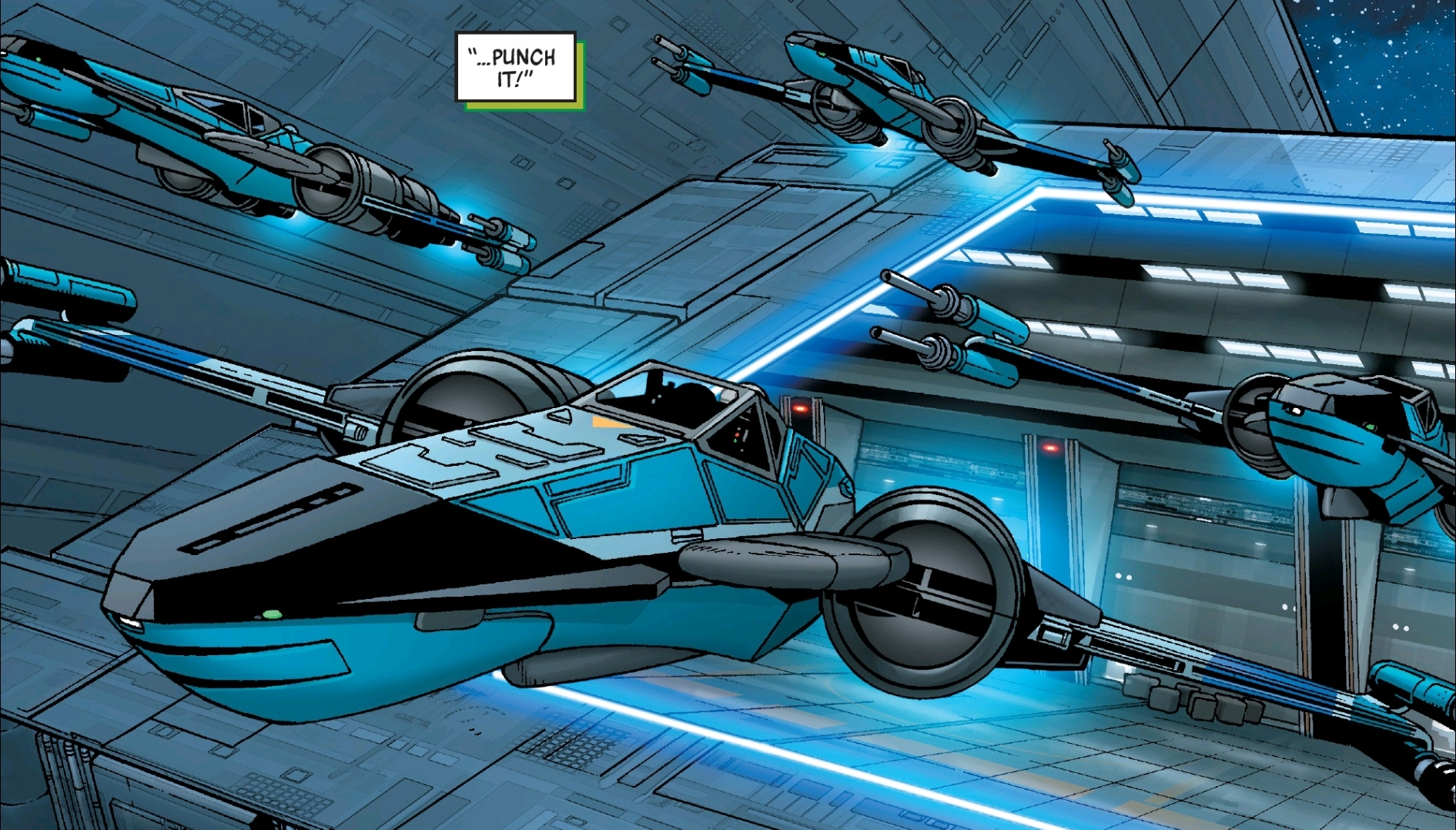 Aside from Star Wars Resistance, this is the only place we get a taste of some straight up New Republic T-85 action. I love the blue flight suits and the cool paint jobs and any chance to get more is something I’m here for!

This Tico sister story is definitely my favorite from the series.

The story and art are beautiful and the first person style of the story make it so personal. Also, it’s about the Tico sisters! Rose and Paige are literally the best.

Leia and Chewie have their wonderful moment here following some of the events in The Force Awakens. It was missed in the movie, but it was written very well here.

I never thought of broke down starships as “bones of the fallen” but that’s about as metal as it gets and I’ll never refer to a junkyard as anything other than a Necropolis again.

Not only is this a rare helmetless Phasma, but her giving one of her soldiers a pep talk is a little frightening. As in previous Phasma content, I do really enjoy the application of Phasma’s battle ideals and tactics. 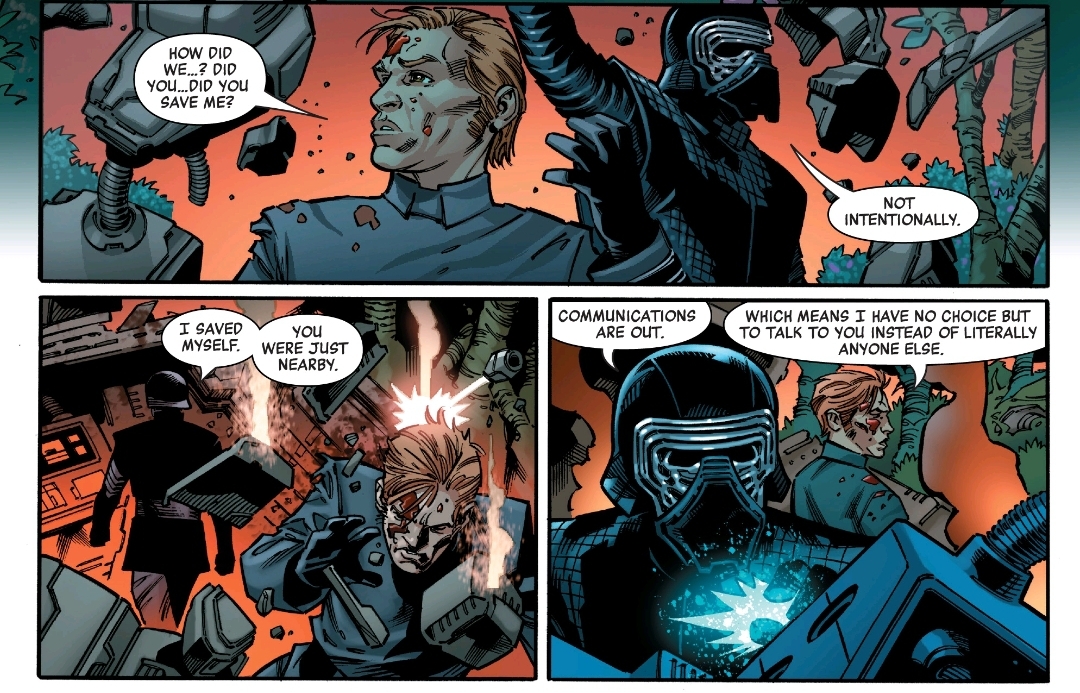 These dudes are so hard to take seriously. Kylo and Hux trapped together is everything you think and hope it is. Actually the story takes an interesting twist but the banter and verbal jabs between these two makes everything amazingly worthwhile. 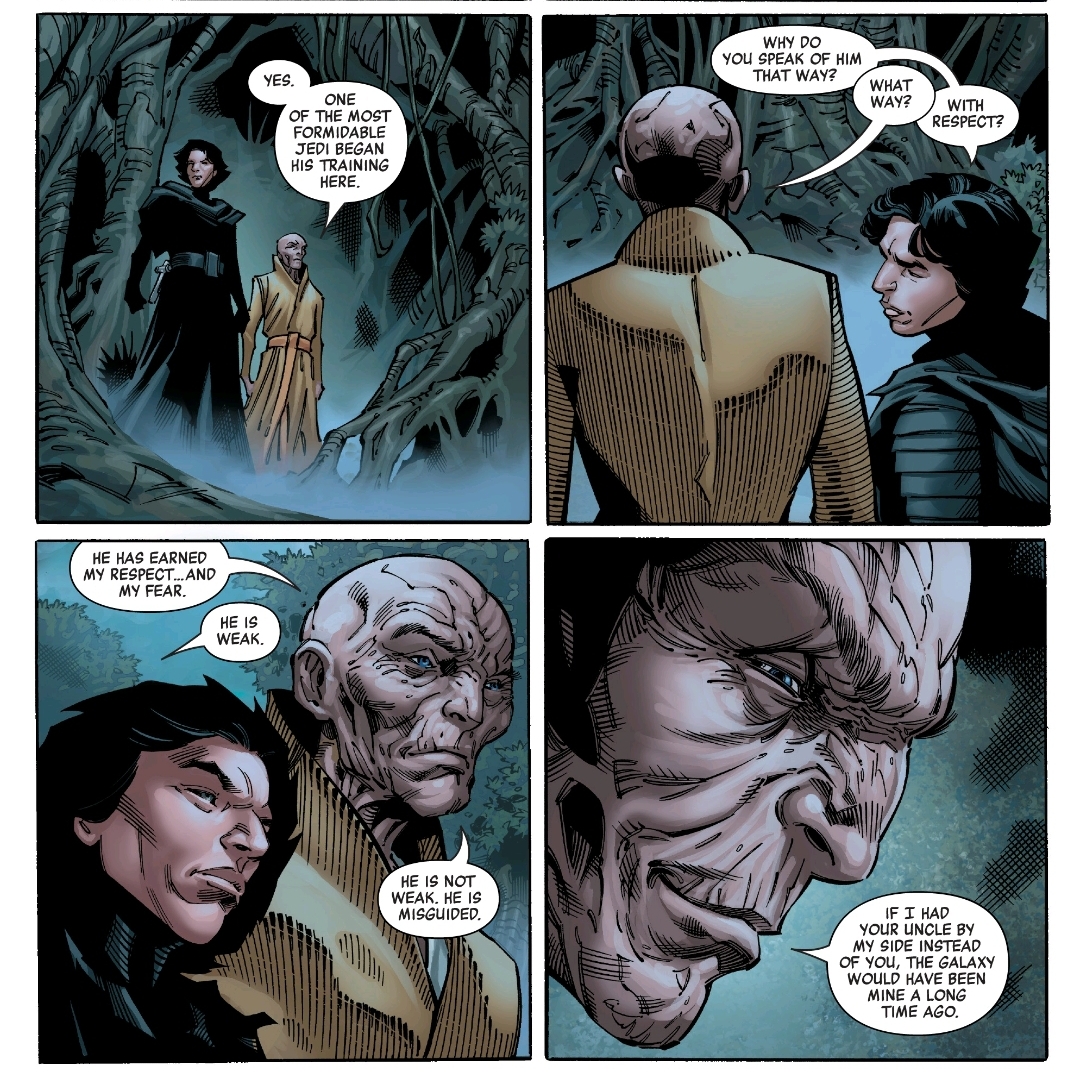 On the flipside is Snoke and Kylo training on Dagobah. They have vastly different opinions on Luke. The story is very well done and I’m a sucker for any dark side training since it’s something we see so rarely.

Shadows of The Empire

Kylo’s constant measuring up to Vader is done quite literally in this issue. There are some very cool visuals like this one that frame that comparison beautifully. 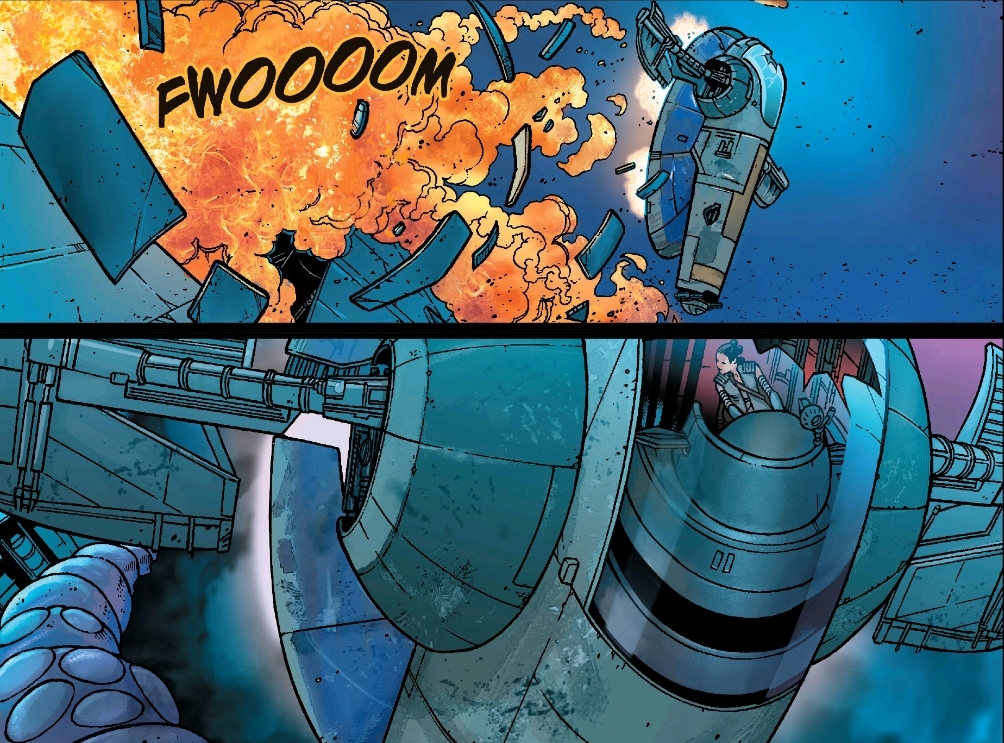 I’m With The Resistance

The stories here are fun and varied. The Rose Tico issue is probably one of the best Star Wars comics ever. Also please enjoy this random pic of Rey in a firespray. While these issues were a fun lead up to The Rise of Skywalker, they are also really great to revisit after knowing where the story goes. Now the the films are through the (alleged) end of the Skywalker Saga I hope the stories in this era with these characters opens up and we get to learn so much more (I’m looking forward to Poe Dameron: Free Fall.)

I am always happy to learn more about characters and I hope in the future maybe we can get one-shots like these for the lesser-known characters so their story can be told as well! 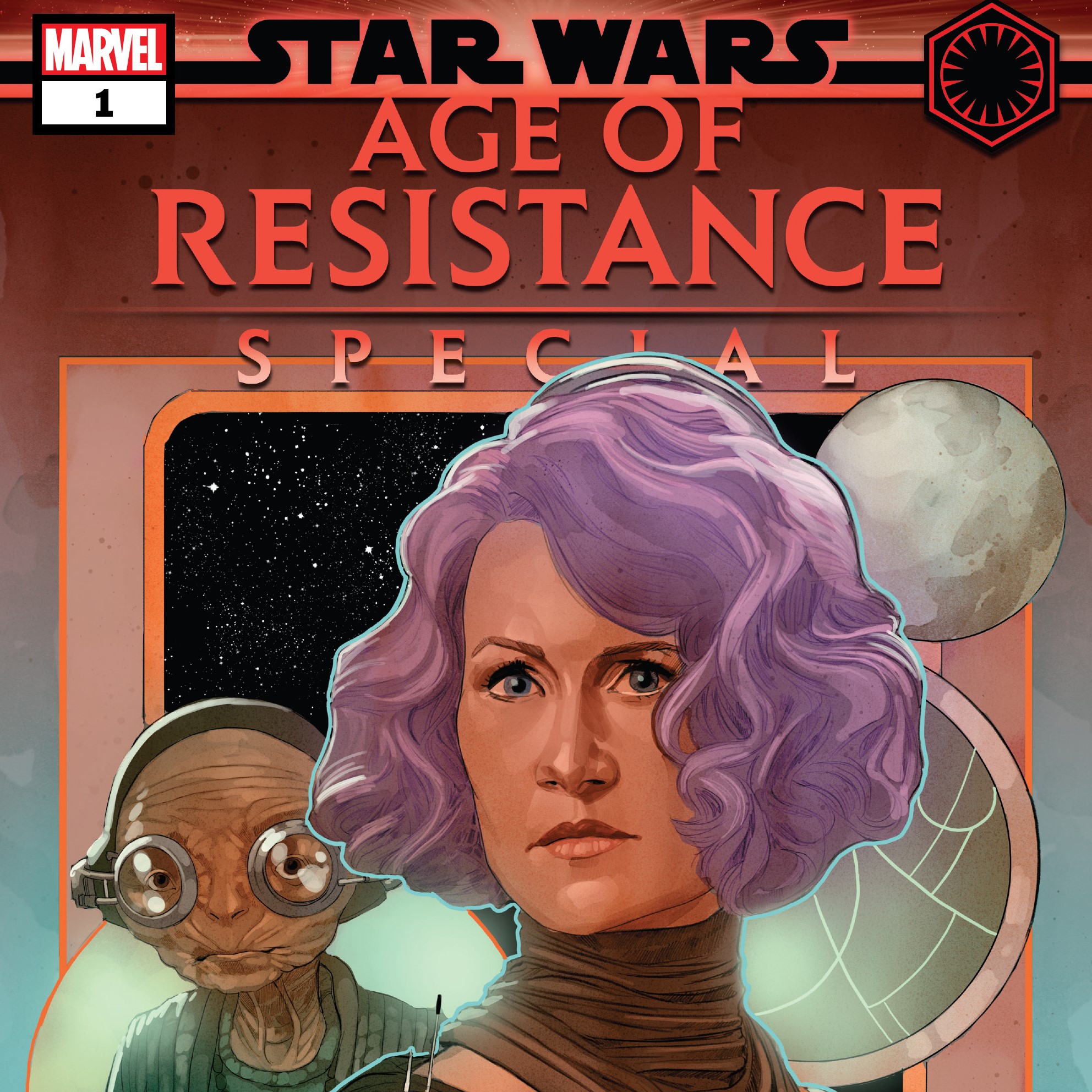 Quinlan Vos is ready to rock!
Mullets, sun dragons, Ventress, and overly curious younglings, Star Wars: Brotherhood has it all!!
Find you a love that takes you across the stars.
Sal and Axel talk friends, memories, and the new LEGO Star Wars: The Skywalker Saga video game!
As the war begins, Padmé is torn between her duty, her ideals, her friends, her secrets, and her heart.
I love these books 💕 📚