“We do not beat them by becoming them.” – Rey

I had one thing on my list for Triple Force Friday.

As usual, it was a book. My first step in the Journey to Star Wars: The Rise of Skywalker content is this Junior novel by Justina Ireland. You can never go wrong with Phil Noto art! Although it’s pretty clear many of the recent Galaxy’s Edge publishing program offerings take place after The Last Jedi, most of them tell their own story with their own characters. This is a straight-up fun mini-adventure starring some of my favorite Resistance characters.

This book stars Rey, Poe, Rose, and BB-8 all together doing cool stuff on the Millennium Falcon! It’s good to see these familiar faces but it’s great to see them interact with each other.

Rey is still coming to grips with the Force and her place in all this. She is much like a young Luke, lacking training in her abilities but committing everything to fight for the galaxy. There are a few moments where she remembers some of the things she’s done before, like lifting rocks on Crait, and wonders if she could do it again.

Rose is the most interesting to learn about. She still doesn’t see herself as a hero and really looks up to the rest of her team. I really liked how she enjoys the simplicity of being a mechanic but sees the bigger part of what it means to be a hero. She still doesn’t see herself there, but we can see she has shed her fears and does what is needed when push comes to shove.

Poe is basically the face for the Resistance. Everyone knows how good looking he is, First Order included. Some of the moments I found hilarious! Like, First Order Officers remarking about their handsome enemy. It’s also good to see Poe thinking more like a leader. He might be stubborn but the valuable lessons Leia taught him are moving him along his path to not just being another dead hero.

Jem and the Zixon Know How to Party

The natives of Minfar are smallish rabbitty looking dudes called the Zixon. They have a large settlement underground and the First Order can’t locate them. They depend on lots of clever tricks and traps to protect themselves from not only the First Order but the oversized predators of their world. Apparently back in the days of the Empire, they met a doctor who taught them many of the things they do now to survive and thrive. Also, they make really good soup apparently. At one point our Resistance heroes are invited to the coolest underground welcome party and fed delicious food.

Glenna Kip is a scientist who is currently aiding the first order in finding the old Imperial laboratories on Minfar so they can locate the “superweapon” that was created there. Her past job experience makes her pretty good at this. We see how she deals with the First Order as she has previously dealt with the Empire. It’s also interesting to see another example of how the First Order uses outsiders to accomplish their goals. 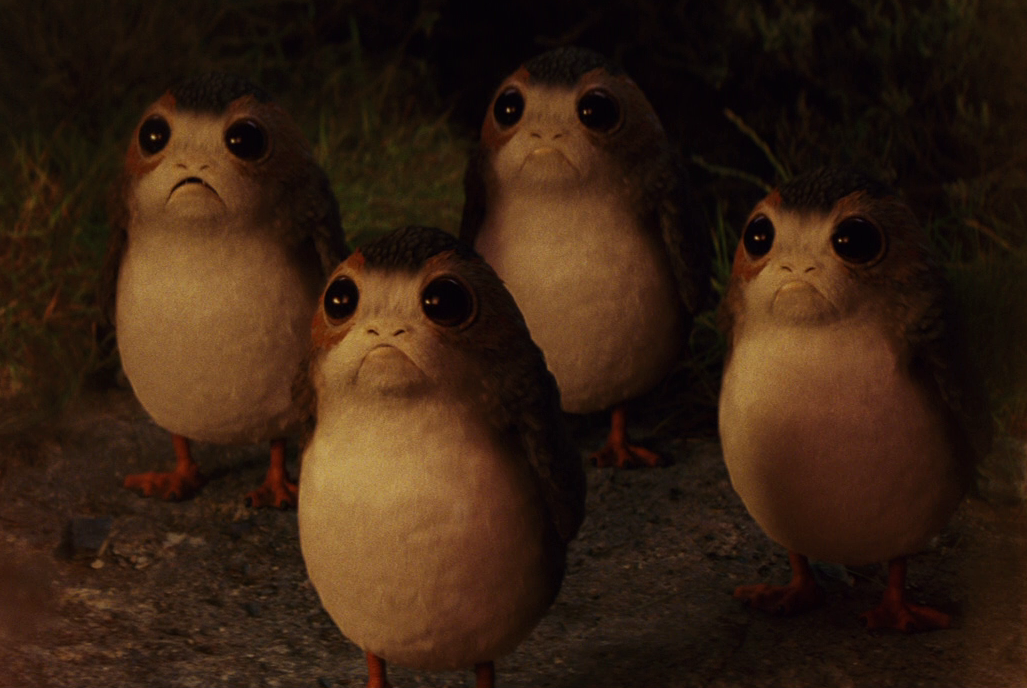 So since the Falcon is here that means… PORGS.

The infestation of the ship pretty much means every stop they make leaves some of these little guys in new worlds. We’ve seen this previously on Batuu, but there’s always more to go around. At one point Rose names them because of course she does.

The First Order presence on Minfar is Led by Commander Spiftz and his light cruiser the Ladara Vex. The commander is preoccupied with attaining more fame, rank, and glory, and hopes this mission will set him closer to his goals. I love characters like this because it sets the tone for a lot of these power-hungry would-be warlords and their foolish mistakes that bring about their downfall. When he finds the Millennium Falcon in his sights, the selfishness of such a prize keeps his decisions rash.

While the story is short and pretty self-contained, there are plenty of things I enjoyed! Finn and Chewie on a bacta run, The Mon Cala ships, The Finalizer, Poe wants to fly but his ships keep blowing up, who believes in Force projection, exploring the caves of D’Qar, spicy blagaret soup, who else has that hair, flower crowns, and short help is better than no help!

Like the other middle-grade books this one is a short fun read that gives us a cool little adventure with some of our favorite heroes and helps tell the story of how the Resistance starts building allies along the way.

“The fight against the First Order is going to be long and difficult, and we’re going to need all the help we can get.”

Star Wars: Spark of the Resistance is available now