If you’ve played Jedi: Fallen Order then you are already familiar with some of the characters here. The story gives us much of Eno Cordova and Cere Junda during their days together. Jedi antics during peacetime is a fun thing that I’ve been enjoying and seeing a bit of in other stories like Dooku: Jedi Lost and Master & Apprentice.

Most of the story takes place during a mediation mission that reminds me of the opening to The Phantom Menace. It also touches on the Second Sister and her hunt for force users much closer to the events of the Jedi: Fallen Order video game. The art is wonderful. I’m really a bit fan of the way Villanelli’s art captures the motion and action.

Let’s dive into a few of my favorite moments! 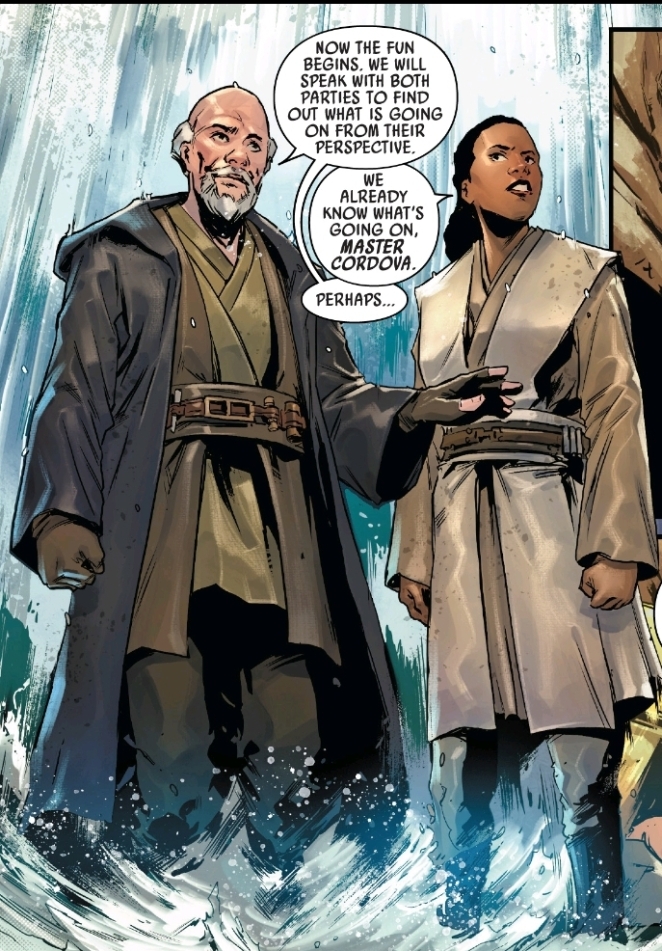 Eno Cordova and Cere Junda are shown here during Cere’s padawan days. Their relationship is really fun to watch. Eno is very true to his video game incarnation and Cere is much younger and impulsive. I like seeing the differences and familiarity. I find it fascinating to see characters’ growth reflected through multiple stories and over the long game.

Some of the best action scenes come from watching Cere make some brash decisions! While they may not be the best decisions they do lead to some beautiful art.

The story jumps around to the time of the Galactic Empire where the Second Sister is investigating. She is just as ferocious and terrifying as she is in the game and it’s great to see her have a presence in this story.

The Jedi council is once again a familiar sight. They look and act much like the council we know. 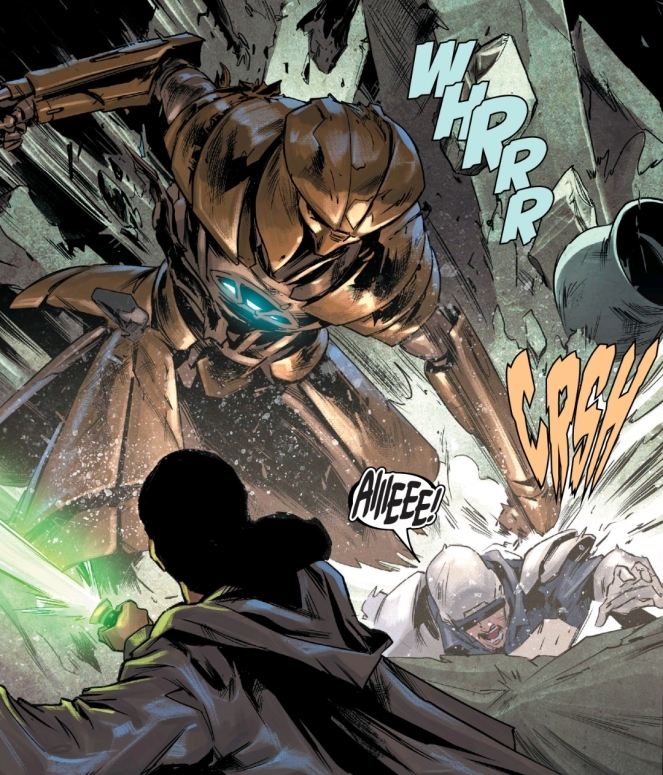 The Jedi mission brings them to an ancient temple where we see familiar enemies and artifacts from the ancient Zeffo! If you’ve played the video game this is a really cool connection to much of Cordova’s future calling. 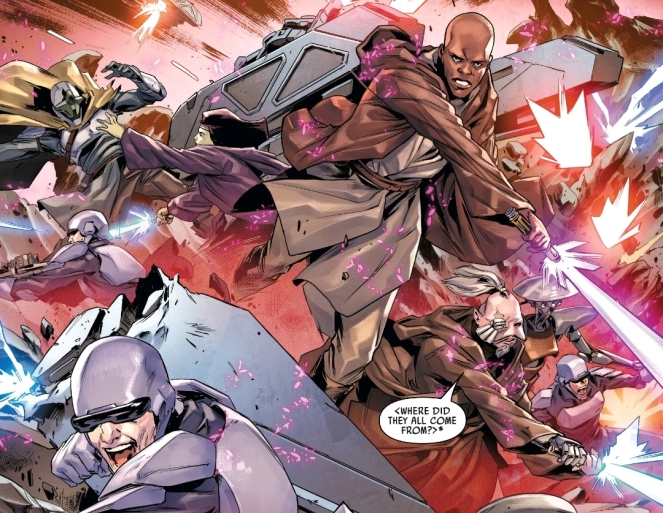 Attack of the Jedi

As usual, the Jedi council won’t do anything, until it does. But when they spring into action it’s always well worth it. Seeing familiar Jedi like Windu is always fun, but seeing some new Jedi faces like a one-eyed sullustan is even better!

The story is interesting and well written, the connections to Junda and Cordova are great for fans of the Jedi: Fallen Order video game. The idea of peacetime Jedi is something that I am enjoying and I think we will see much more of in the upcoming High Republic era storytelling.