“The past is the past. The present and the future are all that matter.” – Darth Vader

In some ways, this is the simplest Thrawn story ever…

In other ways, it’s very complicated. We follow Thrawn through two separate adventures in two separate times in his life working with two familiar faces who are actually one person!

One story details Thrawn’s adventure during the Clone Wars teaming up with Anakin Skywalker and Padmé Amidala. The other story deals with Thrawn teaming up with Darth Vader on a mission to Batuu after destroying the Rebel base on Atollon in the season 3 finale of Star Wars Rebels: Zero Hour.

Both adventures take place on Batuu at the edge of wild space which is another interesting connection. The setting and some of the circumstances provide for lots of interesting moments between Thrawn and his current ally.

The plot of both adventures is more straightforward then any other Thrawn book I’ve encountered. The great thing about this book isn’t the puzzle pieces of putting together Thrawn’s mysterious plans, it’s seeing Thrawn interact with some very familiar characters and learning their secrets. All that said I’m going to dive into some of my favorite things about this book.

In Zahn’s previous book Thrawn, it is mentioned that Thrawn met Anakin Skywalker before encountering the Galactic Empire and pledging his allegiance to Palpatine. This is the adventure they went on after that meeting. During this time Anakin is a Jedi and a General, and Thrawn is still a part of the Chiss Ascendancy… as far as we know… While the actual adventure is great, the best thing is watching these two interact with each other. Anakin is such a reactive character that putting him next to Thrawn who plans 78 steps ahead is literally the best. Their disagreements on how to proceed, when to compromise, and where to cooperate leads to some of the best character interactions. While they aren’t exactly on opposite sides here, they also don’t share any loyalties. Their cooperation is borne of similar goals and strengths. Now fast forward…

In the “current” time Thrawn and Vader share a loyalty to the Empire and it’s Emperor. although they are much more on the same side than during their meeting in the Clone Wars it seems they hold much more suspicion and reservations about each other’s intentions. Vader suspects Thrawn of where his true loyalties lie and how strong his ties are to the Chiss Ascendancy that he claims to have left behind. Meanwhile, Thrawn does not suspect Vader’s loyalties but is intent on unraveling the secrets and suspicions he has of Lord Vader’s secret identity. They work together a bit begrudgingly but they each respect and utilize each other’s strengths. Their interactions here are fascinating and Thrawn’s words seem weighted as his mind works out Vader’s secrets.

The third main character in this book is Padmé herself. After losing contact with one of her handmaidens she ventures out into Galaxy’s Edge to find her. This adventure finds Padmé depending on and utilizing much of her handmaiden training. Since this mission is a secret she is unable to depend on the Republic for help or resources…

Well… she does retain the services of one Jedi bodyguard who will also have to aid her in secret.

Some of the best parts of this story have Padmé problem solving her way towards answering the mystery. While Anakin may be rushing off to her rescue, her resourcefulness makes her anything but helpless.

Batuu Then and Now

Although not necessarily touted as an official “Star Wars: Galaxy’s Edge” title, the book DEFINITELY takes place on Batuu so… I’m gonna call it an honorary entry. Now here’s where things get somewhat interesting for me. Galaxy’s Edge at Disneyland is set after the events of The Last Jedi. Most of the books and comics also take place during that time. This story takes place on Batuu during the Clone Wars, and again during the Empire’s reign. So basically, it’s an interesting opportunity to see Black Spire Outpost at a few different times in its history. While not radically different I still find it interesting. Little details like they check out the cantina during both timelines. At one point there are visitors to the planet who have set up temporary housing on the outskirts. Just cool things like that. 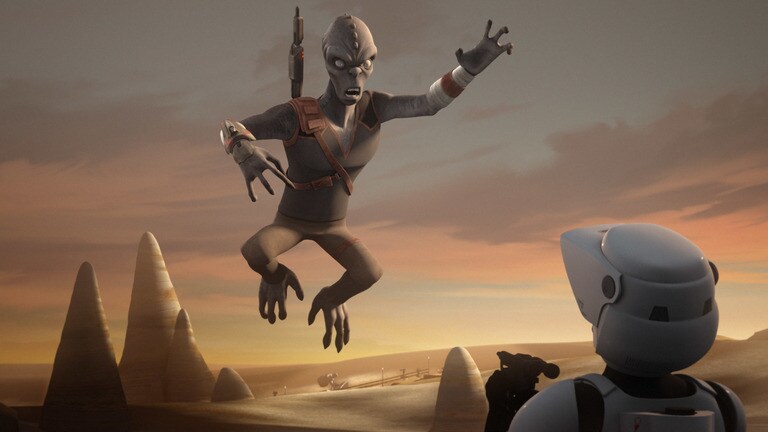 Rukh and The First Legion

In this book, we get our canon introduction to Rukh. As Thrawn’s personal bodyguard/soldier/spy he’s a really cool little sidekick. Just as Thrawn and Vader are having their own disagreements so too do Rukh and The First Legion. The First Legion is Vader’s handpicked trooper force from the 501st Legion who acts as his personal elite soldiers. They all have some wonderful moments and it’s interesting to see the friction between the military side and the outsiders. In some ways, Thrawn is the military side of command and Vader is an outlier as a Sith Lord. Yet the First Legion is a military group having to deal with whatever Rukh is… 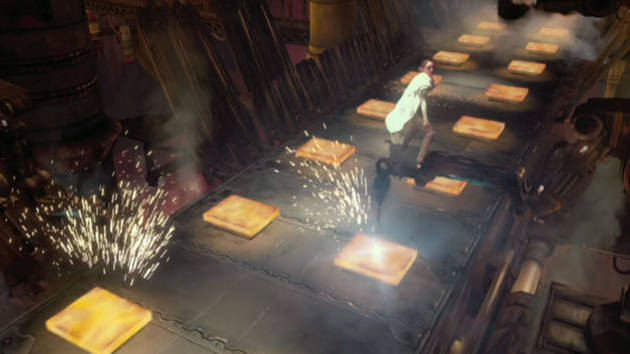 During the Clone Wars setting of this book, Thrawn, Anakin, and Padme uncover a secret separatist factory on Mokivj creating armor specifically to be lightsaber resistant. Another of Dooku’s crazy plots but one specific detail links to a much grander and sinister plot that we are aware of…

The Imperial Era setting of this book has Thrawn and Vader setting out to uncover and deal with the disturbance in the Force felt by Palpatine. This is where we dive a bit more into the Chiss and their relationship with the Force. This idea is so far one of the coolest and intriguing things about this book. The idea is eventually delved into a little bit deeper in the next novel in this series Thrawn: Treason, but this is where we first learn of the Chiss’ unique navigation techniques. And perhaps what insight can be learned from non-Chiss Force-users…

All in all this book is worth the read. The inclusion of so many familiar characters for Thrawn to interact with really makes the moments here. Some of my favorites? The fight in the cantina, a song for the departed, cloaking devices and gravity wells, moving moons, Skywalking through hyperspace, failure at Atollon, the unbelievable Bendu, ceremonial daggers, cortosis, the Grysks, the empty armor, the Clone Armor, Serrenian royalty, The Jedi, TIE Defender suggestions, Jedi attire observations, the Phoenix Cell, the Ascendancy, the Darkhawk, Blurrgfire, Meese Caulf, and the one man Marg Sabl!

The book is basically two straight forward stories involving Thrawn and his cooperation with Anakin Skywalker/Darth Vader. Watching the Grand Admiral piece together the mysteries of The Jedi is definitely my favorite thing to watch unfold in this story. As is Vader’s interests of Thrawn’s true loyalties. While not necessarily far-reaching or on any grand scale, it is wonderfully interesting along with seeing the direct comparison of Skywalker and Vader’s battle tactics and approach.

“The warrior’s path lies before us. Let us see where it leads.”